The event is not open yet...

Pay for dinner only (non-playing) 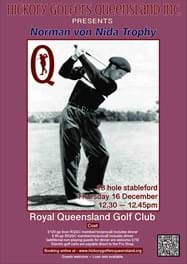 Born in 1914, Norman von Nida was involved primarily with RQGC and Nudgee Golf Clubs from their earliest days. He began caddying at the age of ten and by 1929 was winner of the annual RQGC Caddies Championship. As Queensland's number one bag-slinger, young Norman was entitled to caddy for Walter Hagen in an exhibition match against Joe Kirkwood held at RQGC later that year. These early experiences provided crucial encouragement for von Nida’s subsequent golfing career, during which he became one of the world’s best players and most respected coaches. Between 1935 and 1965, von Nida won forty-six tournaments and championships in Asia, Australia and the United Kingdom. He later became a Life Member of RQGC and remained thus until his passing in 2007 at the age of ninety-three. 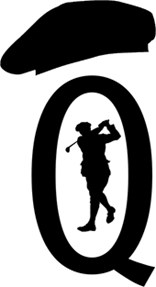